There are currently certain restrictions on the possession of airsoft replicas, which came in with the introduction of the ASBA (Anti-Social Behaviour Act 2003) Amendments, prohibiting the possession of any firearms replica in a public place without good cause (to be concealed in a gun case or container only, not to be left in view of public at any time).

According to Section 36 of the VCRA (Violent Crime Reduction Act 2006) which came into effect on 1 October 2007, RIF's (Realistic Imitation Firearms) may not be sold, imported, or manufactured. Unrealistic imitation firearms (IF's) must have their principle color as transparent, bright red, bright orange, bright yellow, bright blue, bright green, bright pink, or bright purple or have dimensions of no more than a height of 38 millimetres and a length of 70 millimetres (as defined in the Home Office regulations for the VCRA). Exceptions to the act are available for the following: 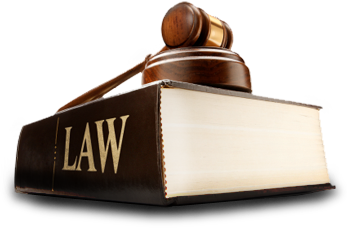 The notes for the VCRA state the following: "The regulations provide for two new defenses. The first is for the organisation and holding of airsoft skirmishing. This is defined by reference to "permitted activities" and the defence applies only where third party liability insurance is held in respect of the activities." and "The defence for airsoft skirmishing can apply to individual players because their purchase of realistic imitation firearms for this purpose is considered part of the "holding" of a skirmishing event.

The airsoft defense is based on whether or not a person is a skirmisher. One of the measures put in place by retailers was the forming of a centrally recorded and maintained database. This system is managed by the United Kingdom Airsoft Retailers Association or UKARA. UKARA shares the database of registered skirmishers with the member retailers allowing quick and easy verification that the purchaser is allowed to buy a RIF under the VCRA skirmisher defense. To qualify for the UKARA database, a person must be a regular skirmisher (i.e. skirmish three or more times in no less than two months, and typically at one site) in order to be registered and the airsoft site they register at must hold Public Liability Insurance. Skirmish play in the United Kingdom has a maximum of 350 ft/s, with some airsoft locations having a limit as low as 290 ft/s.

As long as a person can prove that they are an airsoft skirmisher, they may purchase RIFs. This can be done successfully by either joining the UKARA database (although this is not a legal requirement, and as such, is not recognised by the Home Office as having any legal authority over airsoft skirmishers).